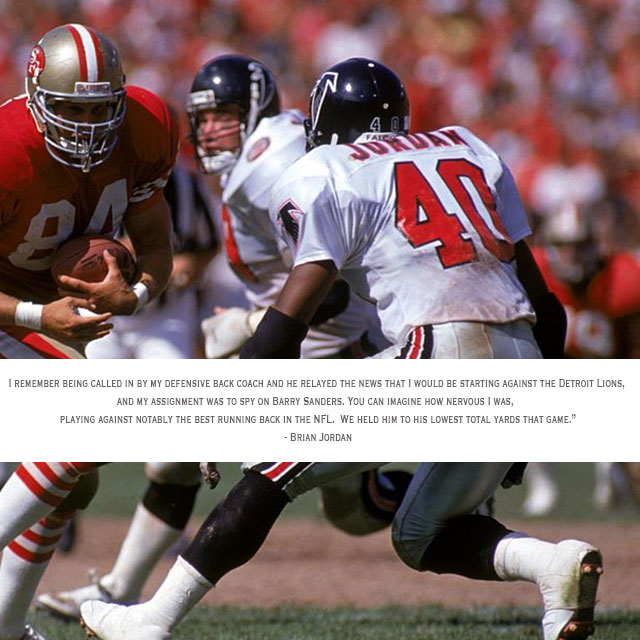 My first game experience came with Atlanta Falcons vs. the Detroit Lions. I was on injured reserve for most of the season and begging to play in my first career game. I remember being called in by my defensive back coach and he relayed the news that I would be starting against the Detroit Lions, and my assignment was to spy on Barry Sanders. You can imagine how nervous I was playing against notably the best running back in the NFL. We held him to his lowest total yards that game. I went on to start for the Falcons for the next two years before deciding to go play 15 years of Major League Baseball.