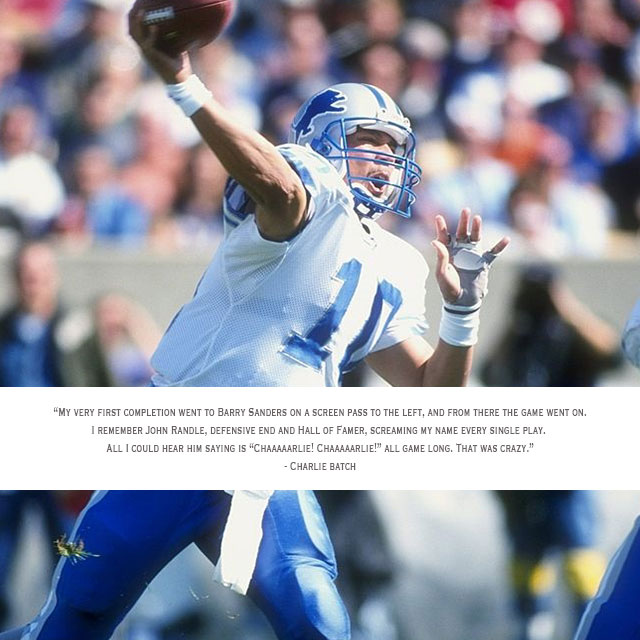 I remember getting the call from Bobby Ross in week 3, and I was a rookie and he told me I was getting the nod and starting. At this point we were getting ready to head to Minnesota to play a very good Vikings team, and we were playing on the road and I remember is how loud it was. All I could think of was take the first snap. Don’t fumble the snap. My very first completion went to Barry Sanders on a screen pass to the left, and from there the game went on.

I remember John Randle, defensive end and Hall of Famer, screaming my name every single play. All I could hear him saying is “Chaaaaarlie! Chaaaaarlie!” all game long. That was crazy. And things didn’t go too well that day since we lost and they ended up finishing their season 15-1, losing to the Falcons in the NFC Championship game. But it was a very good experience for me, and from that moment on, it was one of those games that I felt like I made it, and I was officially in the NFL.