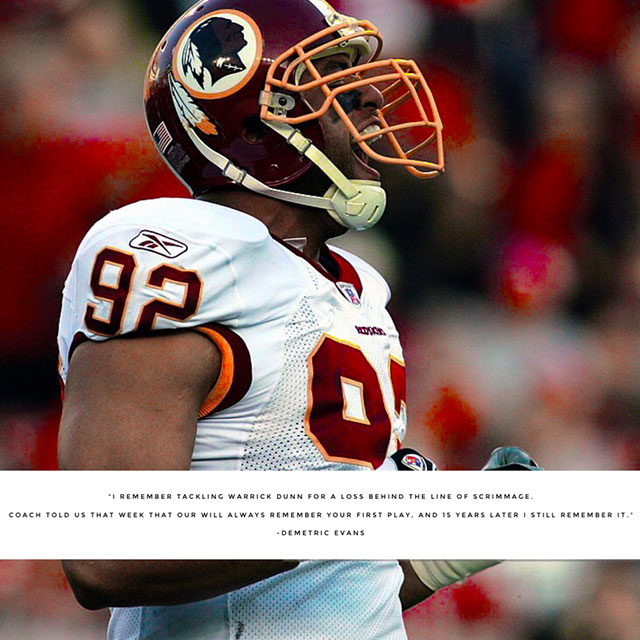 On His First Preseason Game:

In 2001, I was the fourth defensive end in training camp and we were playing the Raiders in Oakland. Our right DE hurt his back on the first play of the game. I was the next player in, and played the whole game. That experience taught me that you never know when your opportunity is going to present itself, and for me it was the second play of the preseason.

On His First Regular Season Game:

I was with the Dallas Cowboys, we played the Tampa Bay Buccaneers when they were coming off a Super Bowl win the year prior. I remember Warren Sapp coming and running through our exercise line, and nobody said anything to him, which was strange to me since we had a lot of vocal players on the team. I remember tackling Warrick Dunn for a loss behind the line of scrimmage. Coach, just that week, had told us that you always remember your first play – and 15 years later I still remember it.

On Making It To The NFL:

I wanted my mom and my family to be proud that I had set out for a childhood dream, and put all my energy in it to see it come to pass.