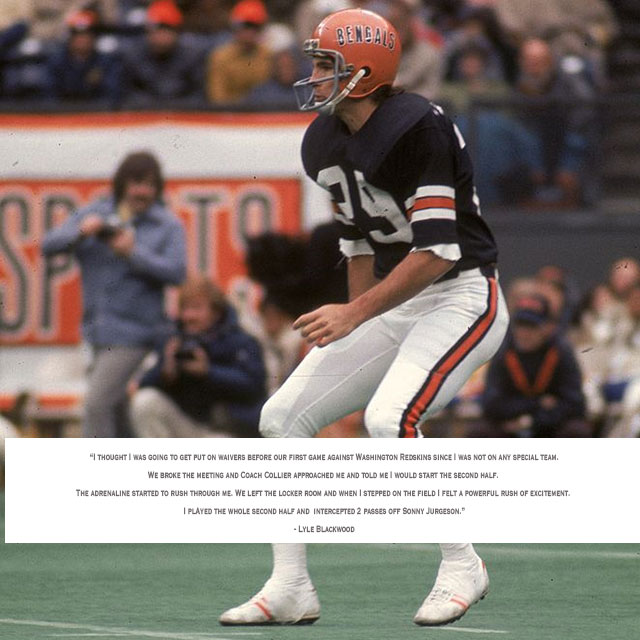 I thought I was going to get put on waivers before our first game against Washington Redskins since I was not on any special team. Usually a good indication! I called my parents to tell them before the game.

I watched the first half and enjoyed the stadium revelry but missed being on the field, and we went in at halftime trailing. I was on defense, so we huddled around the defensive coordinator Joe Collier. He spoke on first half and I heard very little, knowing my time with Denver was winding down.

We broke the meeting and Coach Collier approached me and told me I would start the second half. The adrenaline started to rush through me. We left the locker room and when I stepped on the field I felt a powerful rush of excitement. I played the whole second half. I intercepted 2 passes off Sonny Jurgeson and hit his tight end Jerry Smith so hard I broke his back. Next week I was on all special teams!