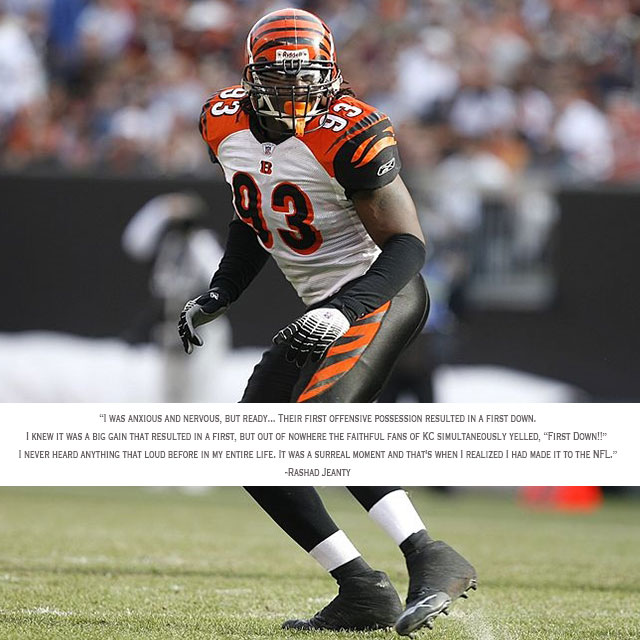 After going undrafted in 2006, I made the team and ended up starting at the Sam LB position because David Pollack was injured. We opened the season on the road against the Chiefs. I was anxious and nervous, but ready. It was a sellout. Kansas City decided to receive the ball. Their first offensive possession resulted in a first down. I knew it was a big gain that resulted in a first but out of nowhere the faithful fans of KC simultaneously yelled, “FIRST DOWN!” I never heard anything that loud before in my entire life. It was a surreal moment and that's when I realized I had made it to the NFL.