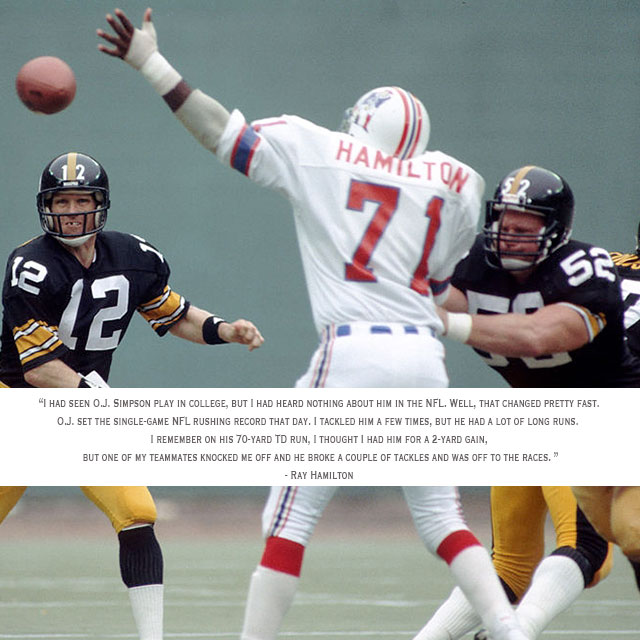 My rookie year was 1973. I made the team and earned the starting left defensive end position, and our first game was against the Buffalo Bills. Being from Oklahoma, I didn't know much about the New England Patriots, and nothing at all about the Bills. I had seen O.J. Simpson play in college, but I had heard nothing about him in the NFL. Well, that changed pretty fast. O.J. set the single-game NFL rushing record that day. I tackled him a few times, but he had a lot of long runs. I remember on his 70-yard TD run, I thought I had him for a 2-yard gain, but one of my teammates knocked me off and he broke a couple of tackles and was off to the races. He rushed for 250 yards that day and his fullback ran for another 100 yards. I thought our whole defense was going to get cut the next day, but the coaches stuck with us and we did get better.