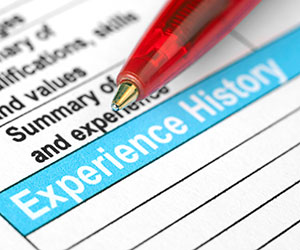 Being able to secure a job can come down to the ability to communicate that you are the solution to the employer’s problems. The idea is that past performance will dictate future outcomes. Everything you communicate, whether it is your resume, LinkedIn profile, cover letter, or interview responses, should be constructed to articulate what benefits the employer will gain when they hire you.

Here are a few before and after examples:

*It should be noted that sometimes, listing football accomplishments is irrelevant, depending on the job and the audience.

DON'T HAVE A PROGRAM MANAGER? GET ENROLLED IN THE TRUST BY CALLING 866.725.0063 OR E-MAILING US AT INFO@PLAYERSTRUST.COM.