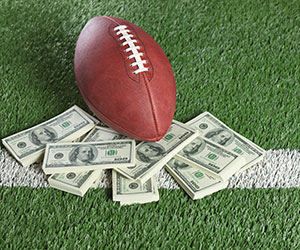 In the last couple of years several media outlets have run with the statistic that Sports Illustrated put out a few years ago that 78% of former NFL players are bankrupt or facing financial stress within two years of leaving the league. In this post, the NFL communications department debunks many of the grim stats that are often promoted in the sports and national media.

Whose statistics do we believe? On the surface it would seem that the University of Michigan study mentioned in the link above is more comprehensive than Sports Illustrated’s work. We also know that there are some players who make poor decisions with their money. Just for argument’s sake, what if the truth is somewhere in between, that things aren’t as bad as we’re told, but there are many former players facing financial stress? Wouldn’t that make sense?

Who are these former players that are out of the league for 2 years? If we look at league averages, the average NFL career is roughly 3 years. Generally speaking the 1st and 2nd round picks who got the huge signing bonuses are going to play much longer than 3 years, so most of the players who play for 3 years or less were likely late round picks or undrafted free agents. If they entered pro football at age 22 or 23 that means that the average player would be 25 or 26 when his career comes to an end.

At Financial Finesse we do an annual financial stress report and some of the factors that cause stress are having a low income, a sudden change in income, being unsure if you’ve saved enough for retirement and raising children. So now let’s look at that 26 year old who just saw his football career end. He probably has been trying to stay in football by training and focusing on that career rather than moving on to his next career so his income may be very low for 6 – 12 months. What could be more of a shock than earning over $400,000 a year and suddenly there is little to nothing coming in? Usually worries about retirement and life transition are faced by people in their 60’s but imagine facing those type of concerns at 26 instead of 62! Lastly, some of these players have already started a family so now they have to add that stress on top of everything else. Just "thinking" about all that is stressful enough.

Whatever the real numbers are we know that there are several sources of financial stress that are pretty unique to former NFL players. That’s why the NFLPA and The Trust hired Financial Finesse to help players, present and past, prepare for and manage those stresses. Players have unlimited access to unbiased financial education, as well as a registered financial advisor program and a background check service to help them find reputable financial advisors. Every story doesn’t have a happy ending yet, but there are plenty of them out there.

DON'T HAVE A PROGRAM MANAGER? GET ENROLLED IN THE TRUST BY CALLING 866.725.0063 OR E-MAILING US AT INFO@PLAYERSTRUST.COM.